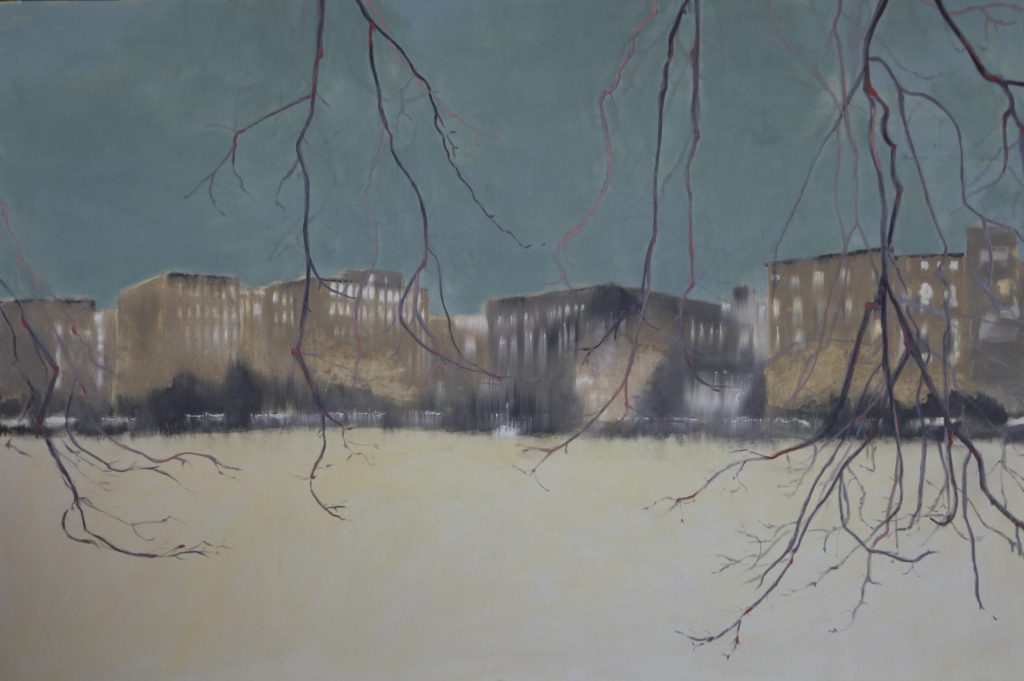 Noelle Gallagher is a visual artist based in Galway. Although primarily a painter, she incorporates photography and film into her practice. Her first short film, Still Life, was selected by Dublin International Film Festival, and premiered at the Lighthouse cinema in 2019 alongside two Oscar nominated shorts. A member of Engage Art Studios, and graduate of GMIT (2011), she recently completed two years of mentoring by painters with Turps Art School, London. Her paintings have been selected for numerous juried shows both nationally and internationally, including PeripheriesOPEN, Rua Red, the neo:artprize, Cairde Visual, and the Claremorris Open. Her work was selected for Restless curated by Paul McAree at 126 Gallery and Essays for the House of Memory curated by Haizea Barcenilla at Ormston House. Solo shows include Silent Rhythm (Linenhall Arts Centre, 2018) and Recollect (Saolta Arts, 2016). She is a recipient of the Emerging Irish Artist Residency Award and several Individual Artist Bursaries from Galway County Council. In 2020 she was awarded a bursary from the Arts Council of Ireland.